Throughout the domestic light truck market, many customers are increasingly prefer broader cab which Qingling, as the a leader of trucks in China, has not launched its own broad-cab truck. But in October this year, Qingling launched a number of trucks that are widened and lengthened based on the original model. So this k600 is modified 600p version, and its official retail price is 136,000 RMB. 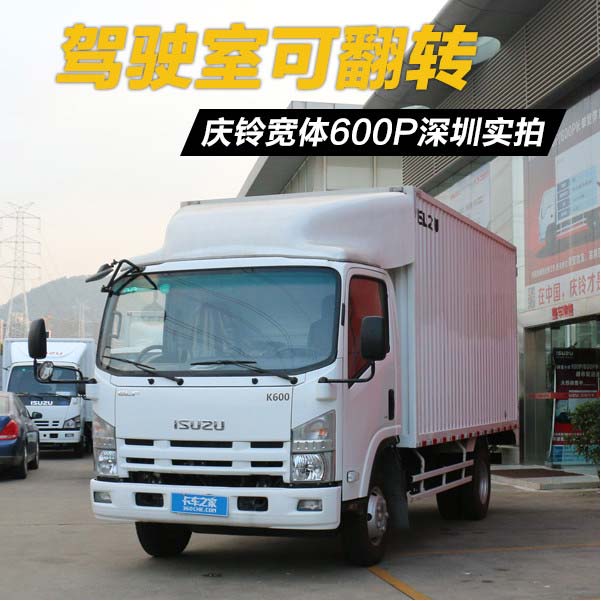 No one would think it’s a modified version of 600p but of 700p at the first sight. 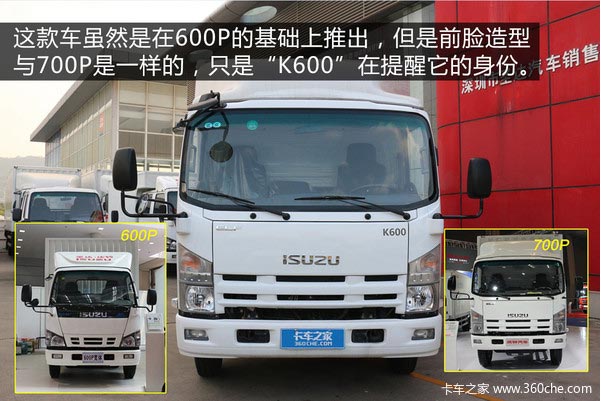 The biggest change is the cab which is withed to 2 meters to seat 3 people. The total length is 6 meters and the total mass is within 4.5 tons. So it can get the blue licence plate and can be driven with C drive license. 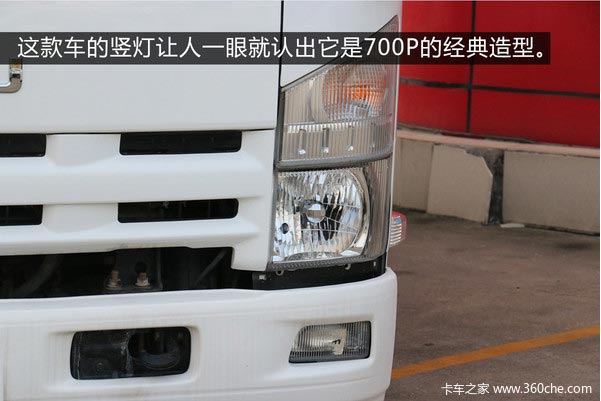 Its name of k600 seems to remind people it has relation with 600p although its vertical head light looks like 700p. There are fog lights below the vertical head with a hidden trailer pull hook left it. This classic look are adopted by many light trucks in China. 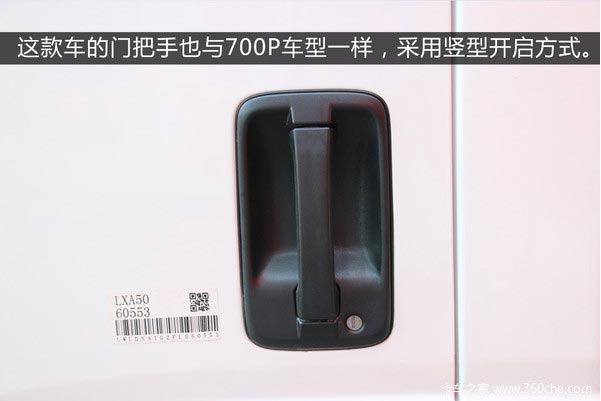 Same with the 700p, the door handle is designed to be vertical handle, which is much more convenient than the horizontal type of 600p. 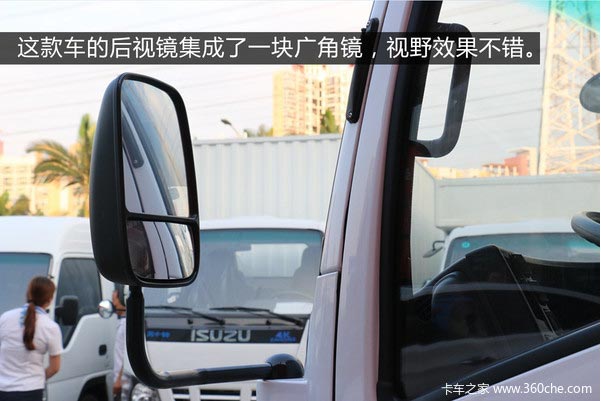 The two mirrors in the rearview mirror looks like the same one from the front of the vehicle. But it actually incorporates a flat mirror and a wide-angle mirror which has a good view with manual adjustment. 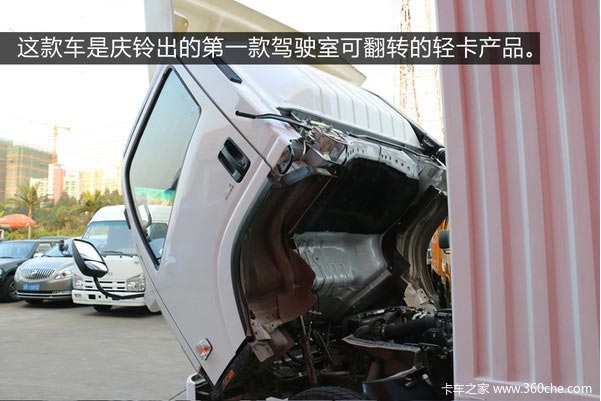 No matter 100p or 600p, the cab of Qingling’s light truck cannot be flipped, which makes it inconvenient to repair the engine. Now k600 become the first light truck of Qingling which can be flipped when repair. And that provides great convenience for the maintenance and repair of the engine. 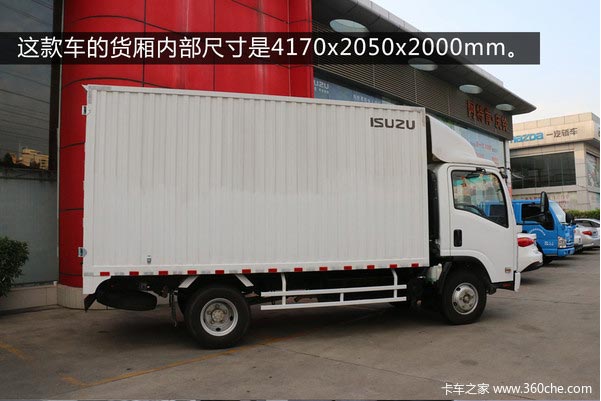 The van box dimension of k600 is 4170mmx2050mmx2000mm, it’s also wider and higher. And the bigger van box of 2100mm height is optional. The axle width has also been increased for bigger box to ensure adequate carrying capacity. 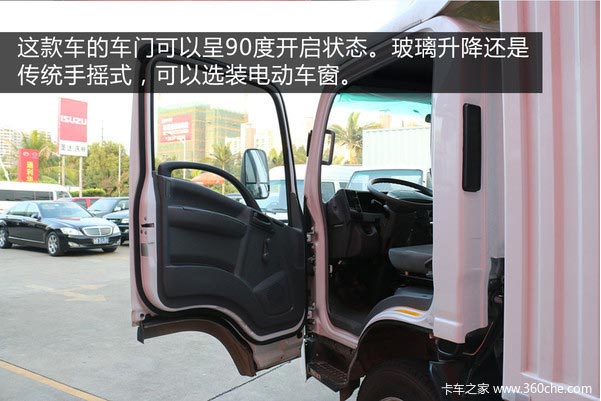 The truck door can be opened to 90 degrees. The door plate is dark color with the tradition hand- cranked windows and the optional electric windows. The long curved hand rails helps to open it from different angles. And the handrails on the A-pillar is for convenience of getting on and off the truck. 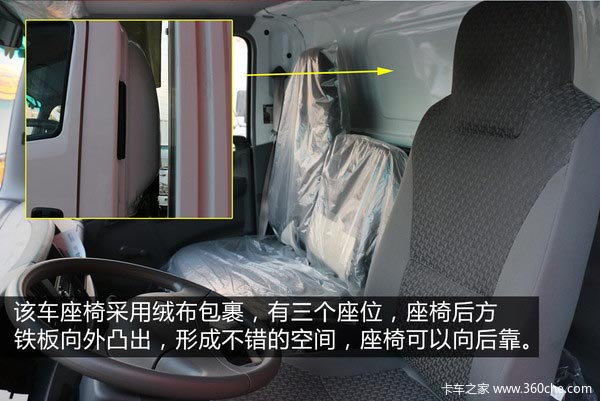 The three seats are wrapped in flannel. Behind the cab the plate is curved to create a space for seats adjusting. 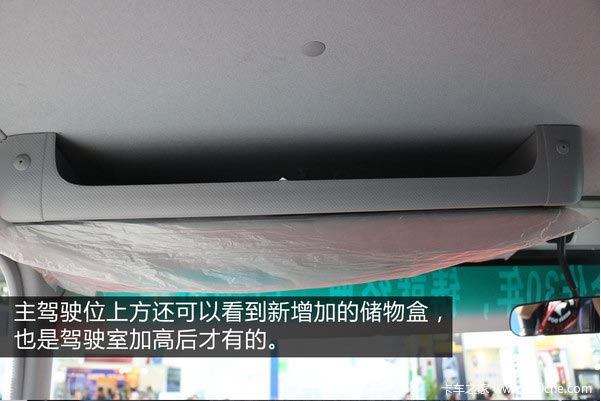 There is also a new storage box above the driver’s seat after the cab is heighten. And that’s a good change for keeping some documents. 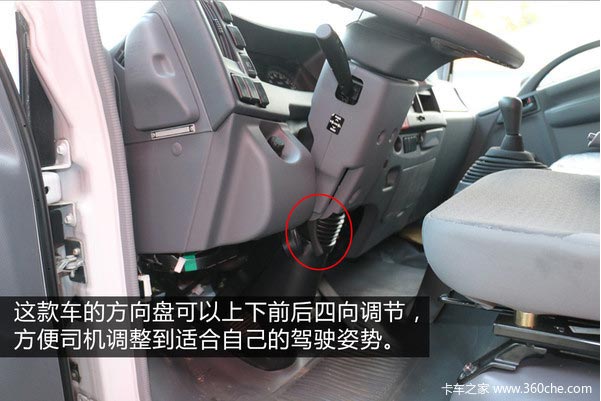 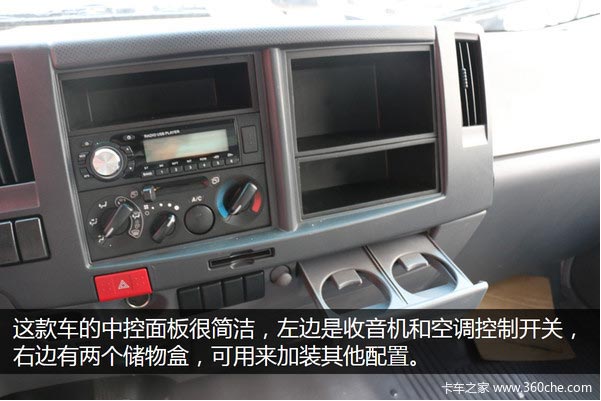 The central control panel is concise as its other truck that there are only cigarette lighter, air conditioning control switch, etc. The two storage boxes on the right can be replaced by navigation display, and two cup holders are right under which are convenient for drinks and water cups. 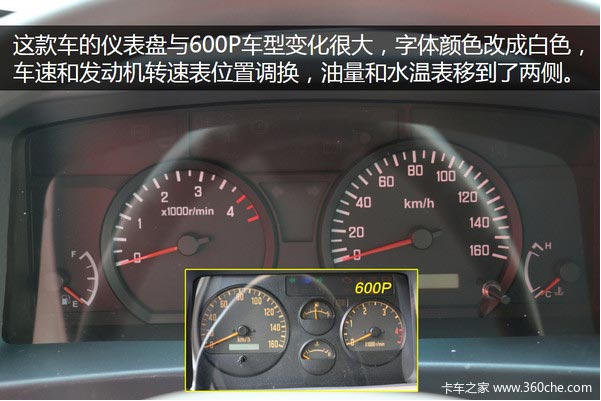 Its instrument panel has a great change with the 600p model. First, the font color is changed from yellow to white. Secondly, its speedometer and engine tachometer position are changed, and the middle oil meter and water temperature gauge were moved to the sides. Which made the speedometer more conspicuous and allows the driver to pay more attention to the speed.

Compare with the driver’s cab, the k600 chassis has not changed much, basically the same as the 600p. 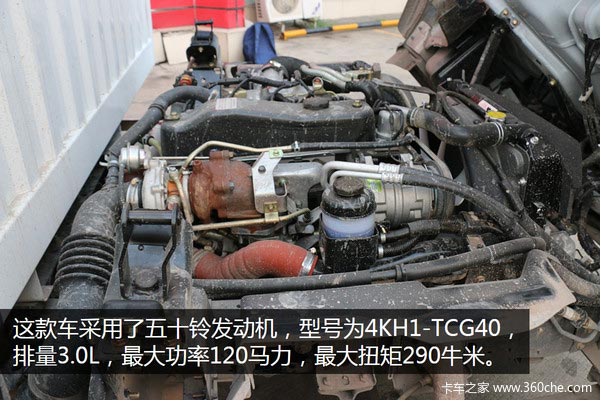 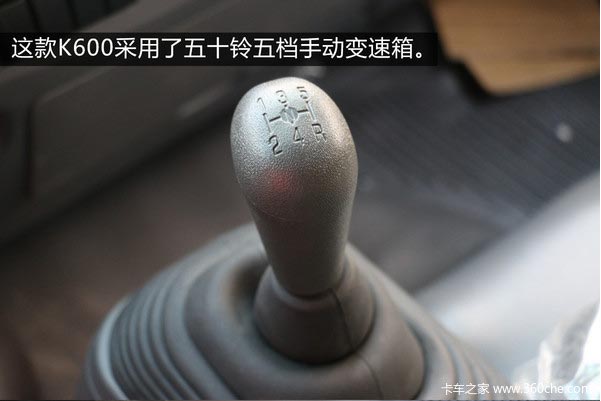 The engine used is the same as the 600p, also the ISUZU 6KH1-TCG40 with3.0L displacement, maximum horsepower 120 and maximum torque 290 Nm. Paired with the Isuzu five-speed manual transmission. 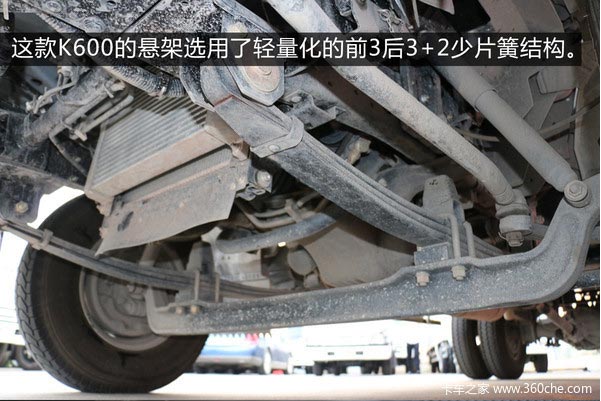 In terms of chassis, k600 dose not follow the 600p of structure of the front 8 rear 6+5 multi-plate spring, but chooses the lightweight front 3+3+2 small leaf spring, thus ensuring the truck carrying capacity while reducing the weight of the truck. And that can save a lot of money for drivers. 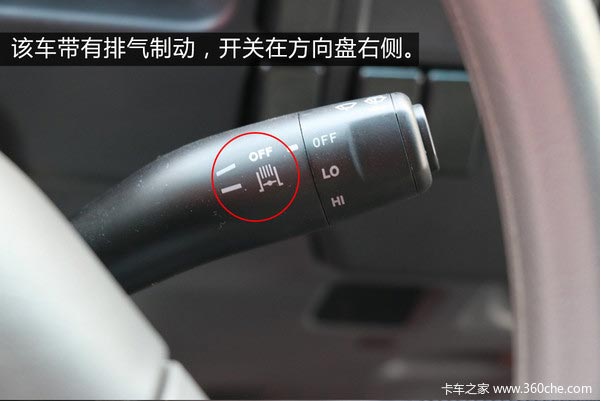 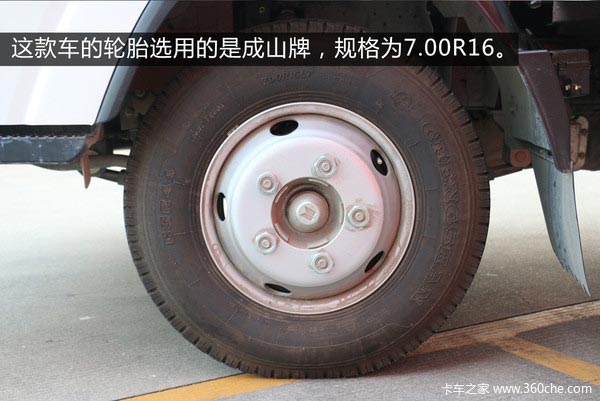 The exhaust brake switch is on the right side of the steering wheel, and a reasonable usage of that can reduce the wear of the brake pads. And its tires are 7.00R16, Chenshan brand, special for light trucks. 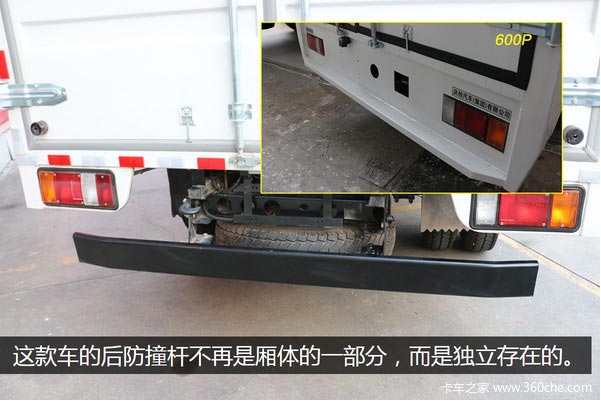 The rear of the truck also changed, 600k van box is encloses the taillights to form a pedal and anti-collision bar, which is now separated.

This truck changed a lot. The cab is designed to have more space which is more in line with the current trend. The chassis is also the 600p chassis and its three cab is very suitable for companies such as moving, express and logistics etc.